In this article I will finish discussing placing treads manually using Bricksmith. In Part 2 I referred to sprockets with the notch a the top:

These are much better in terms of placing the first tread as it will sit properly in the notch as it’s on an integer grid, unlike the 90˚ rotated version which is very slightly off that grid.

The technique is almost identical to that discussed in Part 2, but the first tread needs to be rotated by 18˚ after its initial placement:

A point of interest is that the tread was rotated around a Y coordinate value of -48, i.e. a radius of 48 from the centre of the sprocket. This is different to the 50 used by LSynth as discussed in my previous post about my investigations in to LSynth:

Once that first tread is in place and aligned, it is now a simple case of copying, pasting, and rotating as shown in part 2:

All done. One thing to note is that treads 2-5 have undergone two rotations each, but don’t appear to suffer any level of cumulative error. This is probably due to the first tread being rotated about its origin only. This results in the treads 2-5 only having one orientation rotation, and one position translation, thus reducing the errors.

This does look a lot of effort to do manually, but I’m used to it now and find it quick enough to do, and the results look good. 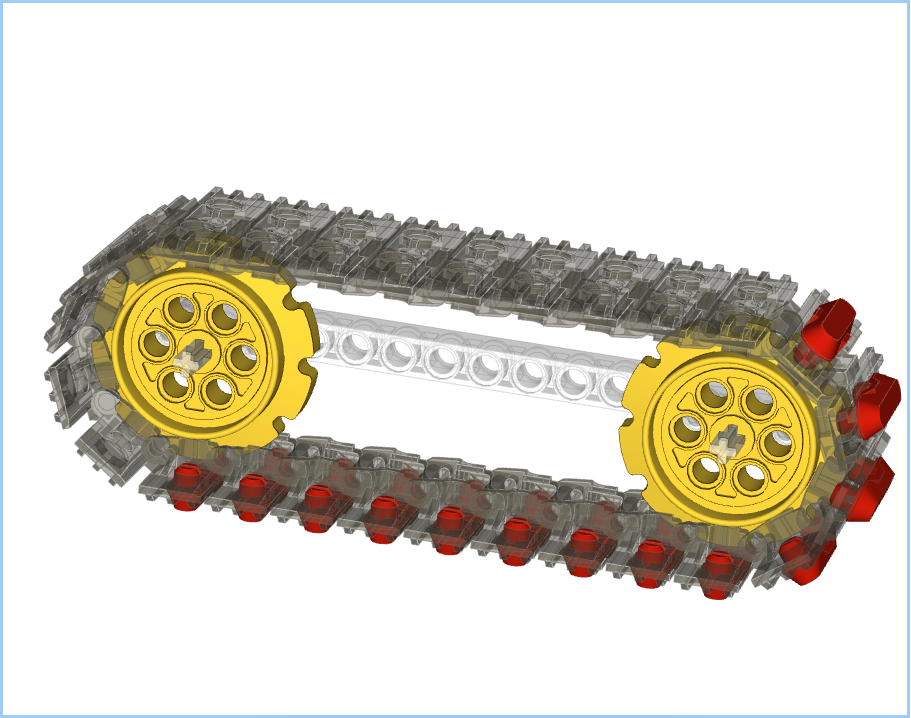